We’re officially in to Fall now?

That must be why my tomatoes are finally turning red! After waiting all summer long, it looks like M and I will finally have some home-grown tomatoes for our salads. Ah well, it’s worth waiting for, I guess! 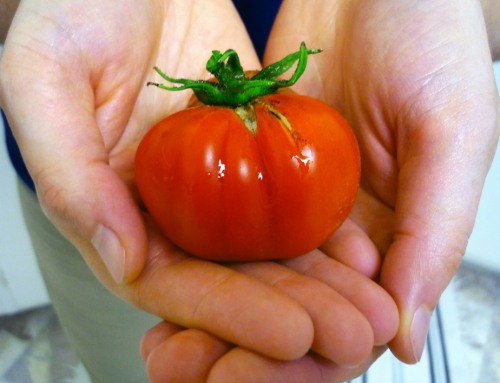 We’ll have about 8 more before they’re all gone. It just gets me brainstorming for how to do better next year!

You can feel the change in the air here, although the days are still pretty nice.
We had the chance to go to the Puyallup Fair for the whole day on Wednesday, thanks to my very favorite radio station, KEXP. Not that they were simply giving away Fair tickets – I actually won two tickets to see The Flaming Lips play!! I got the tix way back in June, and eagerly awaited Sept. 21st ever since! I can’t tell you how excited I was. And surprised, since good bands very rarely play the Fair (sorry P-town, I’m allowed to say it, since I used to live there).

The Flaming Lips @ the Puyallup Fair

Wayne came out in his space bubble and walked the crowd. They had giant balloons and huge confetti canons.

The big screen behind the band was awesome. And there were lasers.  They didn’t tone down the show for the Fair, which I was very happy about! I really wonder if the Grandstand people knew who these guys were when they booked them, hehe.

M  & I had an awesome time and yelled our heads off. What a great way to kick off the season. ^_^

Filed under Day to Day, Events